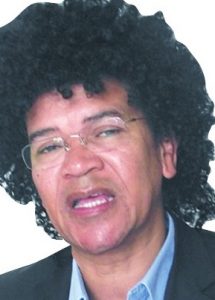 Patric Solomons of Molo Songololo, a child rights organisation says the perpetrators must rot in jail.

‘Perpetrators must rot in jail’

He says:  “The law of the land and its constituition is far too lenient to deal with perpetrators.

“Our society is busy getting sick.

“It’s not the crime itself, but the way criminals molest children.

“They not only rape the underage kids and babies, but they are totally evil.

“After one rapist raped a baby, he pressed the little kid’s panty into her mouth.”

In another incident in Delft recently, the rapist told a small girl, he was going to buy her sweets.

He walked with her hand-in hand to an open field opposite the N1 freeway and raped the girl.

After the beastly act, he doused petrol over her body and set her alight.

The child survived the ordeal and was taken to trauma.

The child succumbed of the burns after a few weeks.

No arrests were ever made.

“We live in a sick society.

“The perpetrators must rot in jail.”

Albert Fritz, Western Cape  Minister of Social Development says he strongly condemn the spate of child rapes and abuse in our province.

“There is a deep concern for the growing numbers of little girls who fall victim to abuse or being killed.

“I urge parents to be vigilant of there children over the festive season.”